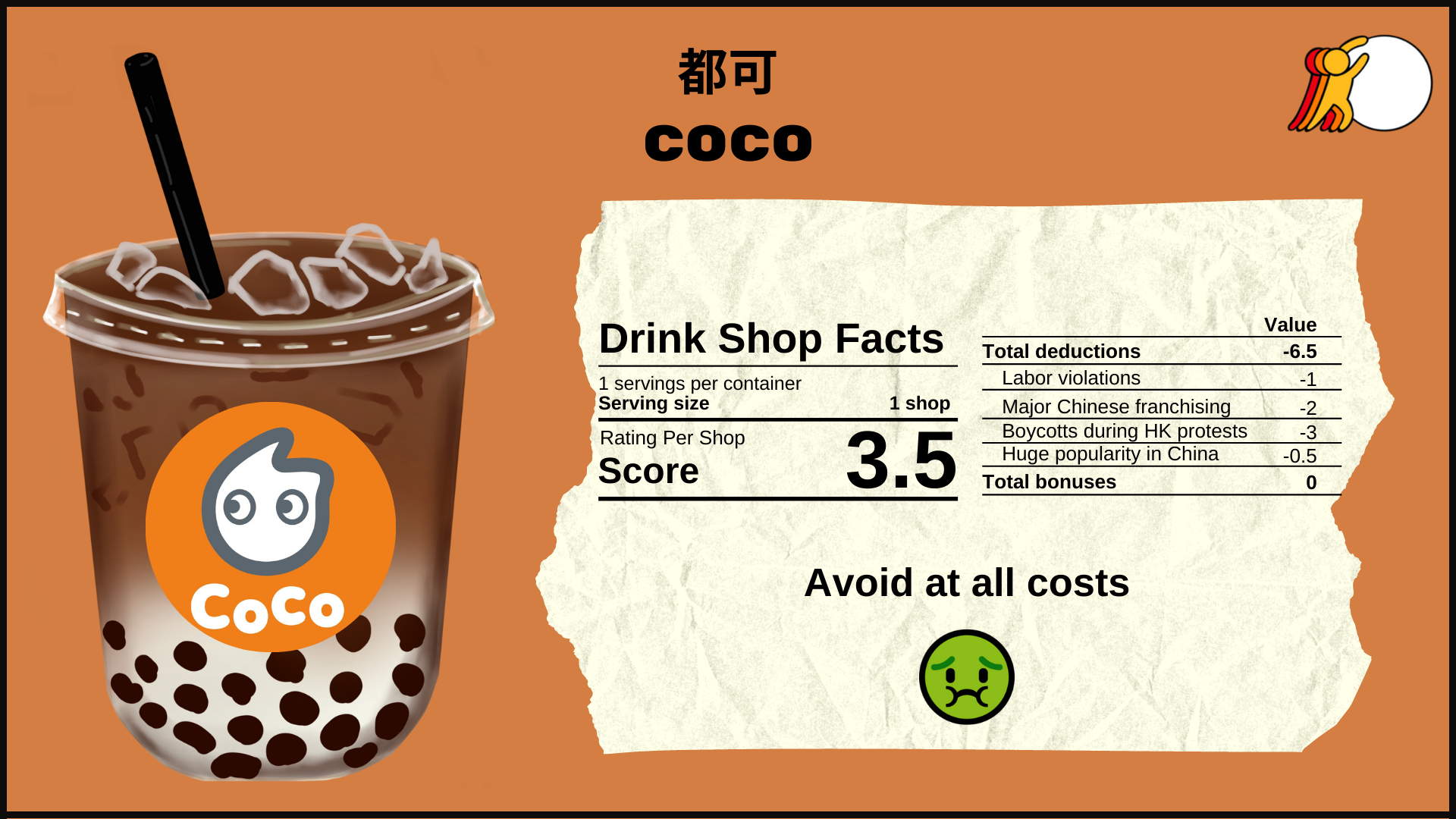 CoCo is a massively popular drink shop chain that was founded in Tamsui, Taiwan in 1997. They currently have around 4500 shops all over the world, including across Asia, the Pacific, and North America.¹ CoCo’s unique training methods, franchising policy and system, product innovation, and professional management are some of the reasons for their huge success. The company is currently also looking into expanding their reach to other parts of the world.² CoCo holds the title as China’s number one drink shop chain; having broken into the Chinese market in 2007, the brand has grown with Chinese millennials and Generation Z, and can almost be considered a cornerstone in the younger Chinese generation’s memories of growing up. Despite the emergence of numerous strong competitors in the drinks industry, CoCo has remained a stronghold among drink shop chains in China.³

In recent years, China has continuously taken action to bully Taiwan and has launched “witch hunts” against international companies. Taiwanese drink shop chains are the latest in the line of fire, with Chinese netizens labelling several drink shops as being “pro-independence”. Many brands have come out in support of the “One-China” policy in order to appease the Chinese market and continue securing Chinese revenue. Following Yifang Fruit Tea’s public internet post supporting “One China Two Systems”, many other Taiwanese drink shop chains have been implicated in the controversy as well.⁵

As protests in Hong Kong raged on, CoCo also became embroiled in the drink shop controversy, having posted in support of “One country two systems” online. Initially starting off as an isolated incident of an individual CoCo employee in Hong Kong printing the words “Good luck Hong-Kongers” on a receipt, Chinese netizens accused CoCo of “supporting Hong Kong independence” and initiated a wave of boycotts on Weibo. In response, CoCo posted on their official Weibo account reiterating their support of “One country two systems.” ⁶