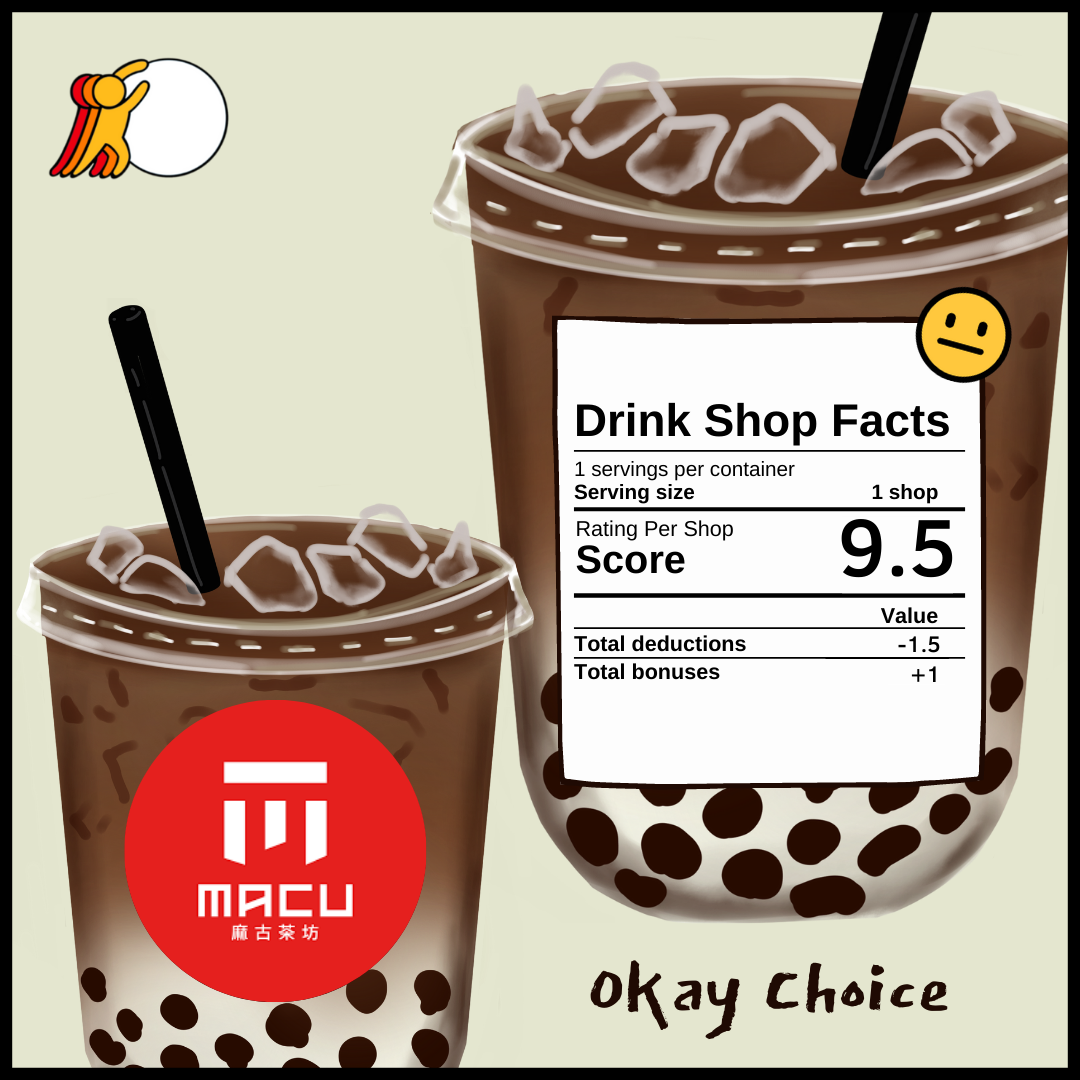 2008, Macu was founded by Jian Xiujuan in Kaohsiung, Taiwan. There are more than 100 branches across Taiwan currently. With fresh fruit teas as their signature drinks, Macu is committed to promoting local agricultural products in Taiwan. ¹

According to a “NOWnews” poll, in the question “Which drink shop do you like best?”, Macu ranked fourth, with about 10% of the votes.² In Dcard’s vote in 2019, Macu was selected as the favorite drink shop for college students because of its popular product, Grape Cheese Smoothie.³

In recent years, China has continuously taken action to bully Taiwan and has launched “witch hunts” against international companies. Taiwanese drink shop chains are the latest in the line of fire, with Chinese netizens labeling several drink shops as being “pro-independence”. Many brands have come out in support of the “One-China” policy in order to appease the Chinese market and continue securing Chinese revenue. Following Yifang Fruit Tea’s public internet post supporting “One China Two Systems”, many other Taiwanese drink shop chains have been implicated in the controversy as well.

In response, Taiwanese netizens have curated lists of drink shops that are pro-Taiwan, which Macu has been included in. “Let’s support each other fully, and continue to love Taiwan”.

The signboard of the Macu in China reads “Macu from Taiwan”, and the official WeChat account also says it is from Taiwan.

At present, there are few branches of Macu in China, with only five in total. ⁵

In violation of the Act Governing Food Safety and Sanitation

In 2021, The Kaohsiung City Health Bureau announced a list of non-compliant ice products. The grapefruit fruit tea and the Ceylon black tea from two of Macu’s branches have exceeded the standard of e-coli. ⁶Act Governing Food Safety and Sanitation