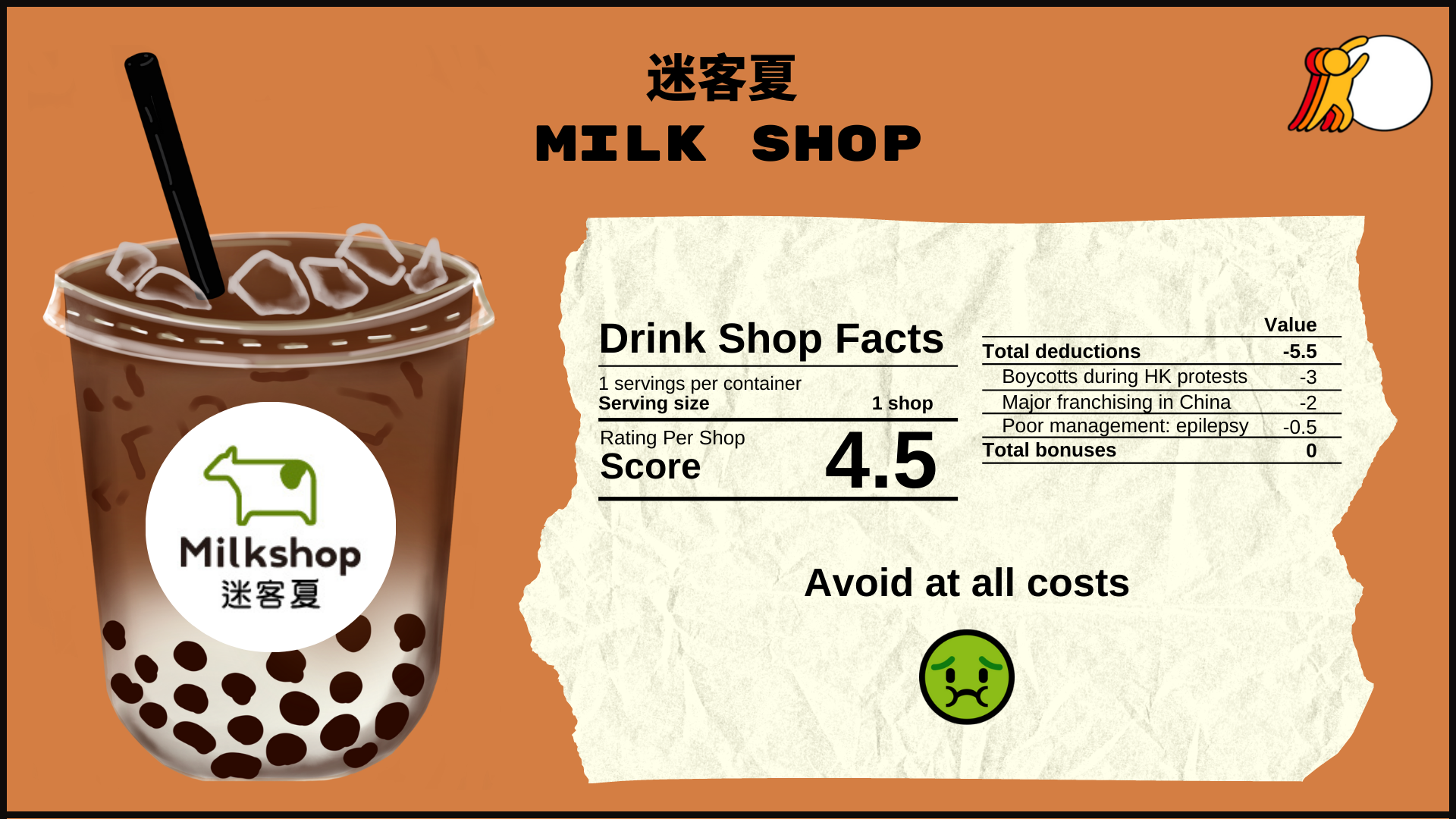 “For you, we’ve raised a herd of cows.” This is Milkshop’s brand motto. A lot of customers think that they raise cows because of their milk tea business, but the opposite is true – Milkshop started off with cows, and then expanded into the tea and beverages industry. Milkshop entered Taiwan’s top ten largest drink shop chains in 2018 due to their unique flavours and popularity with netizens.¹

Milkshop was exposed by netizens on Facebook about a failure to label their drinks correctly. Though their brown sugar milk was labelled as caffeine-free, they failed to inform customers that black tea was used in the drink. In 2018, this caused a customer’s daughter to unknowingly ingest caffeine, triggering an epilepsy attack. Milkshop only publicly apologized 3 years later, pledging to donate a day’s worth of revenue.²

In recent years, China has continuously taken action to bully Taiwan and has launched “witch hunts” against international companies. Taiwanese drink shop chains are the latest in the line of fire, with Chinese netizens labelling several drink shops as being “pro-independence”. Many brands have come out in support of the “One-China” policy in order to appease the Chinese market and continue securing Chinese revenue. Following Yifang Fruit Tea’s public internet post supporting “One China Two Systems”, many other Taiwanese drink shop chains have been implicated in the controversy as well.³

Milkshop posted an announcement on their official Facebook page, stating that in order to use the term ‘Taiwan’ on WeChat, ‘China’ must be added before it. They expressed regret for causing distress, and promised to reflect on the incident.⁴